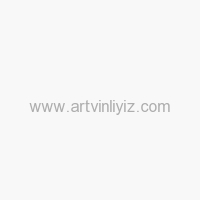 Former Goldman Sachs senior partner and co-chairman John C. Whitehead sits down with Tom Brokaw, journalist and author of The Greatest Generation, to discuss the 70th anniversary of the Allied invasion of Normandy and Whitehead’s role as a landing craft commander on D-Day.

Brokaw, on the challenges faced by the Greatest Generation: “This generation had its formative years shaped by the Great Depression, and the Great Depression was all about sacrifice and deprivation and working together – not expecting anything except what you could earn the next day. Along comes the war, and they got swept into the military, asked to make judgments and play well beyond their age…I think that it accelerated the maturity of the generation.“

Whitehead, on the Omaha Beach landings: “By the time I'd made the second trip and landing at about 3 o'clock in the afternoon, the beach was in order. There were beach officers in charge of each beach, and I had time to get out of the boat after the troops had unloaded… I stepped off the beach and said to myself, ‘Thank God,’ and I thought there's no place I'd rather be than right here. It was really a post-graduate course on life.”

Whitehead, on the effect the war had on his life: “When I've thought about my life, and if there was one day that made me turn from being a boy into a man, it was D-Day, where I had to take on challenges presented to me more than I've ever had in any one day or one week or one month or one year since.”

Whitehead, on the importance of “quiet leadership”: “When you're talking, you're only saying things that you know. If you don't listen a lot, you will never find a solution that's satisfactory. If you operate as a team you're all in the boat together. You're cooperating with each other and you don't have internal dissent. Let the team participate in the decision and don't make the decision until you can persuade each member to join the majority...it takes a little longer but it's better in the end.”

Sign up for BRIEFINGS, our weekly email about trends shaping markets, industries and the global economy.

Thank you for subscribing to BRIEFINGS: our weekly email about trends shaping markets, industries and the global economy.

Some error occurred. Please refresh the page and try again.